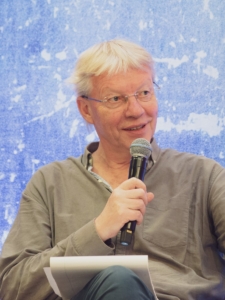 Mikael Opstrup has worked as a producer for most of his professional life, but began in distribution and theatrical release of documentaries in the 1980s. In 1988 Mikael studied screenwriting at the Danish Film School. He worked as a freelance producer through the 1990s, and was co-director of the Films from the South festival from 1995-1998. In 1998 he joined the Danish Film Institute and worked there as production adviser until 2002. Mikael attended EAVE in 1998, and was co-owner and producer at Final Cut Productions in Copenhagen between 2002 and 2008, where he produced a number of international documentaries. Mikael served as Executive Committee Member, Chairman of EDN, and from 2011-2019 as EDN Head of Studies and editor of the EDN Co-production Guide. Opstrup now works as a specialist in project development, trailer consultancy, co-productions, workshop planning & tutoring, and has worked as such on more than 50 international documentary events. 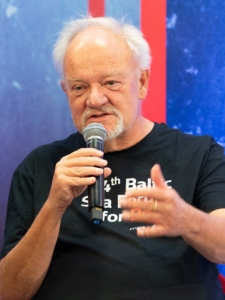 Tue Steen Müller has worked with short and documentary films for more than 20 years on the Danish Film Board – as press secretary, head of distribution and information, and as a commissioning editor. He’s the co-founder of the Balticum Film and TV Festival, Filmkontakt Nord and Documentary of the EU. Tue has frequently been on the jury of various European short and documentary festivals, and given courses and seminars on documentaries in more than 30 countries. He has received multiple awards for his work with film: the Danish Roos Prize in 2004 for his contribution to Danish and European documentary culture; an award for promoting Portuguese documentaries in 2006; the EDN Award for “outstanding contribution to the development of European documentary culture” in 2014; the Cross of the Knight of the Order for Merits to Lithuania in 2016. From 1996 to 2005, Müller was the director of the European Documentary Network. From 2006 he has been a freelance consultant and teacher in workshops, including Ex Oriente, DocsBarcelona, Archidoc, Documentary Campus, Storydoc, Baltic Sea Docs, Black Sea Doc Stories, Caucadoc, Sarajevo Film Festival, as well as programme consultant for the festivals Magnificent7 in Belgrade, DOCSBarcelona, Message2Man in St. Petersburg and DOKLeipzig. From September 2007 he has taught at the Zelig Documentary Film School in Bolzano, Italy. Müller has written multiple articles for national and international newspapers and magazines and writes (almost) daily about documentaries in English on www.filmkommentaren.dk. 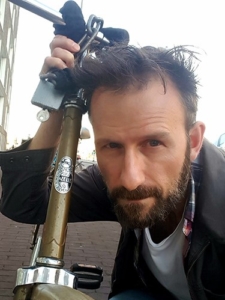 Phil has been an editor for the last 20 years, starting in fiction before firmly landing in documentary. Part of award-winning international productions such as Town of Glory, People We Come Across and Prison Sisters, he also works as a rough cut consultant and has been part of films like The Earth is Blue as an Orange, This Rain will Never Stop, Life of Ivana and more. Working out of Sweden, his projects have originated in places as far afield as Finland, Kenya, France, Russia, and beyond. He has travelled the world as a tutor, helping filmmakers develop their projects, and giving master classes on pitch pilot trailers, the craft of storytelling through scripting and editing, and the genius of sticky notes. Phil blogs about documentaries and technology, and hopes to one day run a marathon. 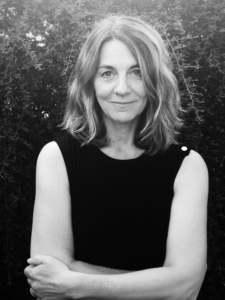 Gitte is a freelance consultant, tutor, mentor and EP in the international documentary film sector with experience in developing, financing, production and distributing documentary projects with international potential. Gitte has executive produced more than 20 international independent documentaries for First Hand Films in Zürich, where she was deputy director and headed sales and acquisitions for many years. Gitte serves as a lecturer, mentor and tutor at national, regional and international workshops and film training schemes. Her experience includes work with filmmakers at project-driven programmes such as IDFAcademy, DocCampus, Baltic Sea Forum and CinéDoc Tbilisi. Gitte is the appointed mentor for the training schemes Close-Up, and holds a Master of Film & Rhetoric from the University of Copenhagen. 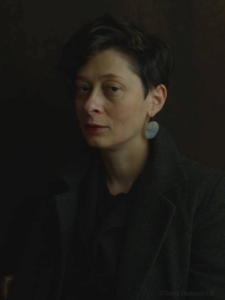 Salomé Jashi is a Georgian documentary filmmaker and producer. Born in Tbilisi, Georgia in 1981, she first studied journalism and worked as a reporter for several years. In 2005 she was awarded a British Council scholarship to study documentary filmmaking at Royal Holloway, University of London. Salomé Jashi’s Taming the Garden (2021) premiered at Sundance and Berlinale Forum. Her The Dazzling Light of Sunset (2016) has been awarded the Main Prize at Visions du Réel’s Regard Neuf Competition, as well as at ZagrebDox, Jihlava IDFF, FIC Valdivia and several other festivals. Her earlier work Bakhmaro (2011) received an Honorary Mention for a Young Documentary Talent at DOK Leipzig, was awarded Best Central and Eastern European Documentary at Jihlava IDFF, and was nominated for the Asia Pacific Screen Awards and Silver Eye Awards. Her films were made in collaboration with Arte’s La Lucarne. Salomé Jashi is affiliated with two production companies, Sakdoc Film and Jashi Film. She was a fellow of the Nipkow Scholarship in 2017 and DAAD Artists-in-Berlin Programme in 2020. 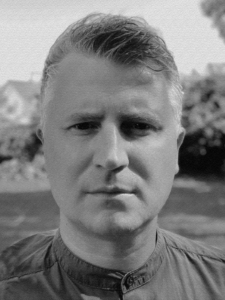 Dāvis Sīmanis – an award-winning director and screenwriter whose work has been recognized by major international film festivals. His documentary films have been selected to IDFA; CPH:DOX; DOK Leipzig; Visions du Réel; Venice IFF and others. For the last ten years Dāvis has also led a successful career as a fiction film director. His acclaimed film The Mover participated in over 50 festivals around the world, and was Latvia’s submission for the Academy Awards Best Foreign Film 2019. His latest work, The Year Before the War, was selected for official competition at IFF Rotterdam 2021. He has studied history and film theory, in which he holds a PhD. Currently Dāvis is a tenured professor of film directing at the National Film School of Latvia. He also has an expertise in project development, as he has been a Commissioning Editor for the National Film Centre of Latvia for several terms.

Marje Tõemäe (b. 1977) has worked in various positions at Estonian Television since 1998, first focusing on documentary co-productions and acquisition. Since 2005 she has been editor-in-chief of ETV2, focusing on films, documentaries and cultural programs, and since 2017 editor-in-chief of ETV – wide audience channel. She has produced, directed and worked as an editor on several films and TV programs. In 2010 she directed the feature documentary Time is Here. Main documentary film slots of ETV and ETV2: current affair docs, creative author films, scientific docs, natural history, culture documentaries, thematic events, special events. 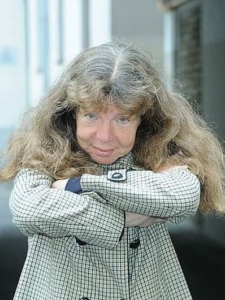 Laila Pakalnina graduated from the Moscow Film Institute (VGIK) Department of Film Direction in 1991. A director and scriptwriter of 31 documentaries, 5 shorts, and 6 fiction features, altogether she has 42 films, 2 children, 1 husband, 2 dogs and 2 bicycles. And many ideas for new films. Her films have screened in official programmes at Cannes, Venice, Berlinale, Locarno, Karlovy Vary, Rome, Tallinn and other international festivals, where they have won numerous awards. 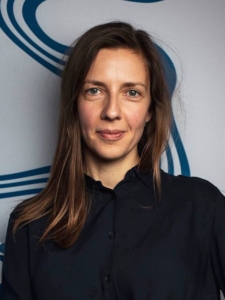 Dagne Vildziunaite (b.1981, Vilnius) has worked in the TV and film industry for more than 15 years. In 2007 she established an independent production company JUST A MOMENT that has already produced 25 films, both short and feature, documentary and fiction. Her recent titles include In the Mirror (Black Nights FF, 2020), Breathing Into Marble (Karlovy Vary IFF 2018), Core of the World (San Sebastian IFF 2018, Toronto IFF 2018), Nijole (DOK Leipzig 2018, Cartagena de Indias IFF (FICCI) 2019). She is a national representative of the EAVE and EURODOC networks in Lithuania and was nominated for Best Professional Work in Cinema at the National Film Awards “Silver Crane” 2017.

Gitte is a freelance consultant, tutor, mentor and EP in the international documentary film sector with experience in developing, financing, production and distributing documentary projects with international potential. Gitte has executive produced more than 20 international independent documentaries for First Hand Films in Zürich, where she was deputy director and headed sales and acquisitions for many years. Gitte serves as a lecturer, mentor and tutor at national, regional and international workshops and film training schemes. Her experience includes work with filmmakers at project-driven programmes such as IDFAcademy, DocCampus, Baltic Sea Forum and CinéDoc Tbilisi. Gitte is the appointed mentor for the training schemes Close-Up, and holds a Master of Film & Rhetoric from the University of Copenhagen.

Jenny Örnbon is Production Controller at The Swedish Film Institute and has many years’ experience as independent documentary producer in Sweden.